Bubbling mud pools, twisted lava fields and geysers shooting into the sky – together they create a landscape so alien it should belong to another planet. Hotwired to the Earth’s core, Iceland explodes with energy, and there’s no better place to witness the forces of nature at work.

Moulded by mountains and shaped by volcanic eruptions, this land of ice and fire inspires imagination and tempts adventure. Snorkel between tectonic plates, walk through the frozen belly of a glacier and crawl into a subterranean volcanic chamber filled with stalagmites.

Above the surface it’s just as impressive. Powerful waterfalls charge across gorges, freezing in winter to form ice sculptures, while black sand beaches and floe-filled glacial lakes reward photographers with award-winning shots. The wildlife is surprisingly rich too: humpbacks, orcas and puffins are regular guests.

A thriving arts, music and culinary scene has evolved in capital city Reykjavik, along with a wellbeing culture connected to the country’s multiple geothermal pools. Unwind in sophisticated spas, switch off in secret lagoons and float in hot springs overlooking volcanic craters illuminated by constellations and (hopefully) northern lights.

Travel off peak or join small group tours to travel responsibly and maximise enjoyment in a place guaranteed to overwhelm. 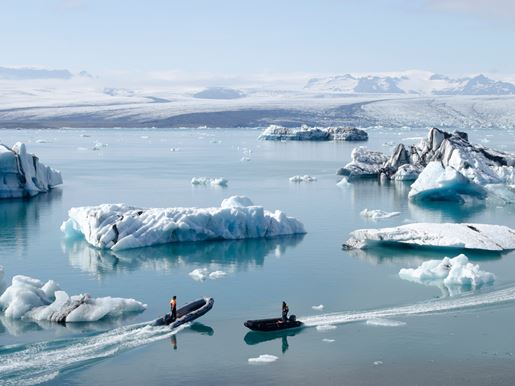 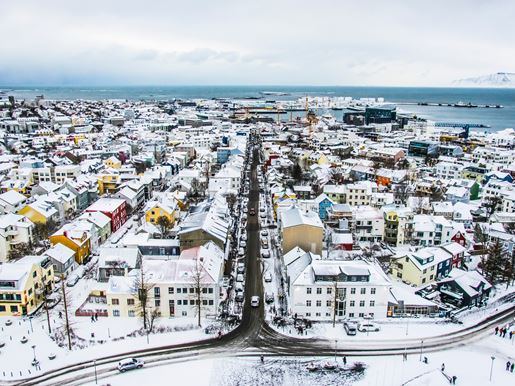 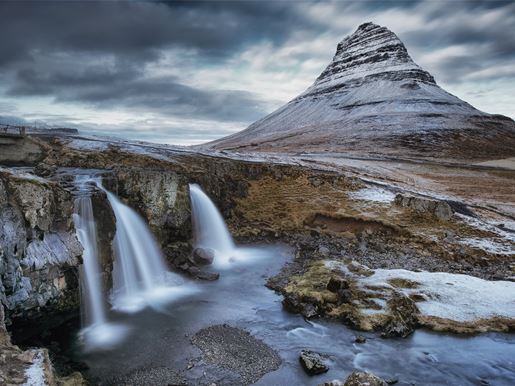 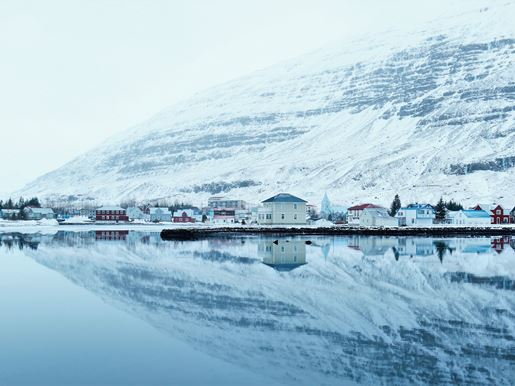 Whether you want to travel in summer or winter, we can organise an itinerary in Iceland to suit you. Below you'll find a selection of our favourite holiday ideas for inspiration.

Wonderful Places to stay in Iceland 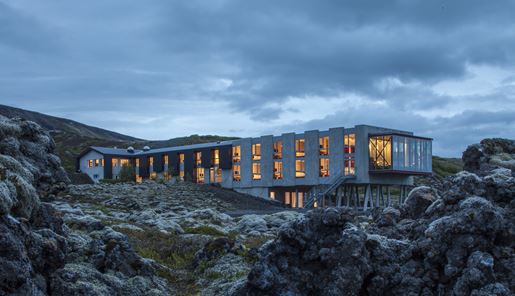 This chic retreat tucked away in the enchanted lava landscapes of the UNESCO-listed Thingvellir National Park, amid the sweeping, black-lava landscape of Iceland’s southern region.

Tucked away in a remote fishing village in the north and framed by a dramatic backdrop, all rooms at this fabulous family-run hotel have wonderful views be it coastline, lava fields, marina or mountains.

Classed as one of the most isolated, yet most luxurious hotels in Europe, this former 18th century sheep farm in Iceland's far-flung north has been converted into a 12 bedroom, magnificently elegant grass-roofed retreat. 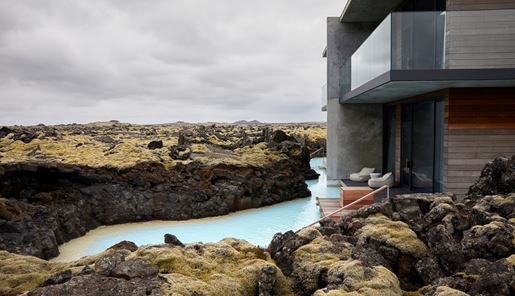 This luxurious resort perched beside the iconic Blue Lagoon, offers a wellness experience like no other. Here, rooms and suites have private balconies and panoramic views of the mossy, volcanic terrain. 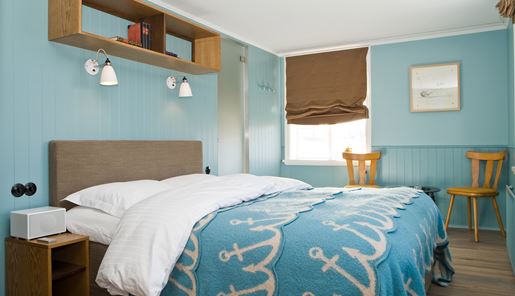 Located in a building that dates back to 1867, this charming home away from home is a slice of Icelandic history. With just 10 cosy room inspired by the sea, it's perfectly placed for those exploring the stunning Snaefellsnes Peninsula. 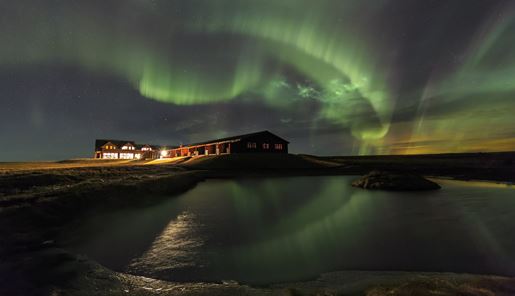 A proud member of Small Luxury Hotels of the World, this well established countryside retreat, built in a log-cabin style, is one of the best hotels in the world for stargazing. 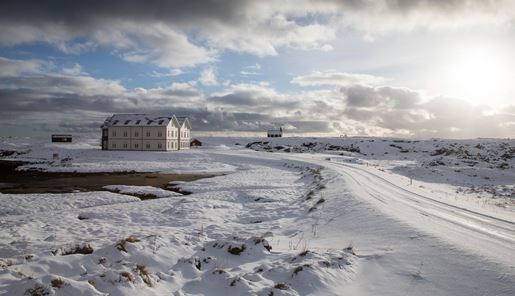 This fabulous family run hotel boasts a selection of elegantly designed rooms and a restaurant with a great reputation. Situated on a remote beach on the edge of a rugged lava field, it's hard to believe you're only a couple of hours drive from the capital. 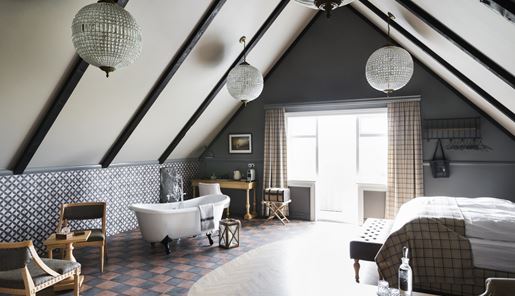 Sink into the humbling, awe-inspiring countryside from Skálakot's rooms, which overlook the Westman Islands and blend rustic goodness and luxury in impressive displays. 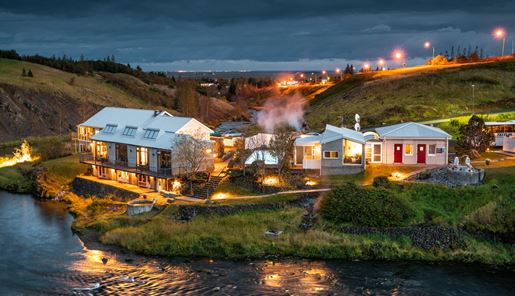 A haven for hot tub lovers, perfectly located to explore the wonders of South West Iceland, this hotel takes guests a step beyond your average accommodation and into a world of spa-like tranquillity. 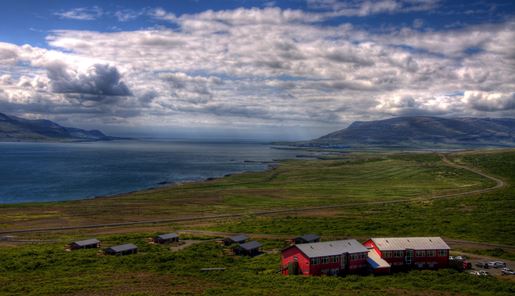 Gloriously remote, with breathtaking views of Whale fjord, Hotel Glymur is one of Iceland's much-loved places to stay. With outdoor hot tubs overlooking the mountains, rest weary limbs from hiking, or take a front row seat for dazzling displays of the Aurora 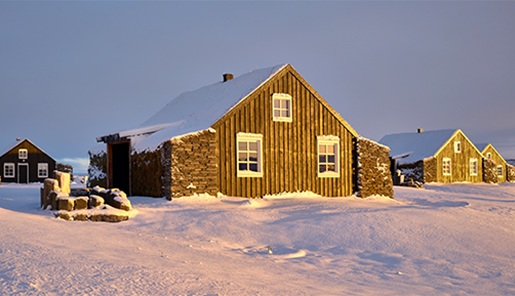